Is Generation Z the new millennials? 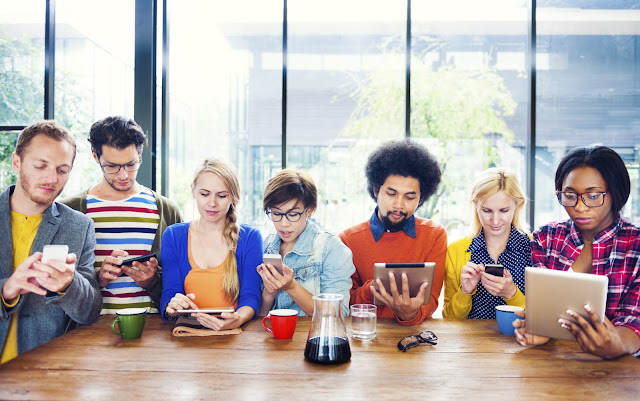 When the millennials became fashionable a few years ago and everyone was talking about them, there were a number of recurring explanations about this peak of interest and why companies had to try to understand them. At the outset, the millennials were too different from previous demographic groups. Millennials played with other rules and expected other things from the companies with which they related, forcing them to have to learn new realities and work with new scenarios.

But this was not the only thing, since in order to strive so hard for a group of consumers, brands and companies have to feel that it all compensates them. Did the millennials make that up? The specialists made it clear that yes, because not only millennials created new business opportunities with their likes and dislikes, but also in some areas they were more open to spending and, above all, they were the largest generational group as consumers of which marketing and decision makers have seen in recent times. The millennials outnumbered the consumer groups that had preceded them.

And all this was what created the peak climate of interest and obsession with these consumers. The millennials were complicated, but in the end they were worth it (or that was what could be detached from everything the experts were saying). All this narrative now echoes: if you read what is said and what is discussed about the members of Generation Z, those who are now teenagers and young adults and who are therefore the heirs of the millennials, you can see Many echoes of the same discourse. Generation Z members have not only inherited their status as a highly desired market group, but have also become a sort of recycling of clichés that impacted millennials.

And so the studies on the Z indicate that they are the most diverse consumers in terms of media consumption and the largest generation group faced by brands, a kind of not so new news but with a different protagonists. These data have come out of a study by Nielsen, which collects AdWeek and analyzes how are the Z in terms of media consumption. The sample is American, but since the Millennials fever started in the US and the Z's are starting there, it's also not difficult to see how the data can serve to establish parallels.

Differences and points of convergence

In general, millennials and members of Generation Z recurrently use the same devices as far as the 'core' technology is concerned. 80% of the two groups use PCs and 100% of both use smartphones. Despite this, there are differences in content consumption and new generation devices. Millennials use more VoD systems (like Netflix) than the Zs use, while Generation Z members use a lot more tablets and video game consoles.

Something similar happens with the devices that allow access to these contents in other screens, as is the case of multimedia devices to the Chromecast. For the millennials they are much more recurrent than for the Z. Not only that: these types of tools are growing and quite in the older groups, while they do not so much in the Z.

Maybe it's a question of lifestyles and, especially, moment in life, or maybe it's a generational fracture. What is clear enough is that, in the end, brands and companies will have to be constantly trying to understand how the habits and patterns of behavior of their consumers change.
If you would like to get started on AiHello click here for a free 14 days trial.
advertising fashion millenials generation z marketing millenials millennials Resources tips