Start Selling On Your Own Ecommerce Store? Amazon Fulfillment vs. WooCommerce in 2019

One piece of advice that’s thrown around most in entrepreneurship communities is that before you can succeed, you need to start - and you need to start today. But that’s not so easy, is it? At least, traditionally, if you wanted to sell something you would need to build your own store, spend money on marketing and advertising, manage logistics of shipping and handling orders, and very slowly, build a reputation. But all of that work was cut-short with online marketplaces like Craigslist, eBay, and most importantly, with Amazon.

Seeing it’s been 13 years since Amazon launched its revolutionary Fulfilled by Amazon program, we thought it’d be useful for our readers to know if the FBA program is still as viable as it was in a decade ago. Or is there a better alternative - your own eCommerce store?

Working with the world’s largest internet company by revenue has its benefits.

You can’t ignore the fact that Amazon is the biggest online marketplace on the planet and by signing up for the FBA program, you’re putting your product in front of millions of active users - something that a new manufacturer/brand isn’t typically able to.

You also unlock the perk of being able to sell to the 90 million Prime users by utilizing Amazon FBA. Fun fact: Prime users spend more than double the amount of money ($1,300) compared to non-Prime users.

After dropping your products at the nearest fulfillment center, Amazon takes care of everything from packaging, shipping, and processing returns. If you’ve shipping products yourself, you will know that timely shipping and delivery is a huge burden and source of stress among retailers.

Amazon is renowned for its efficient logistics and timely delivery schedule. Though warehouse workers seem to be paying for that efficiency.

Like everything before the sale, Amazon FBA will help you with the after-sales service. Providing 24/7 customer service, easy and free returns for customers, and of course, a sense of safety during checkout.

After-sales service is arguably the hardest to garner organically, especially if you just started and also why Amazon works well with small retailers.

For some, Amazon’s FBA ticks all of the right boxes. But if you’re like me, you’re always on the lookout for something better. Something more solid and more long-term. And FBA isn’t long-term.

For one, storage fees and fulfillment fees will rack up over time, making you question if it’s actually worth it. There are other costs as well. If your product sits in the FBA warehouse for too long, you’ll get billed. A lot. Since Amazon makes returns free and easy, you might see a sudden rise in the number of returns despite having made no changes to your product.

You’re also putting all of your eggs in one basket by relying on Amazon alone. Not saying that Amazon is going anywhere, but Amazon CAN ban you and if Amazon’s the only place you sell your goods - you’re out of business, just like that.

Amazon’s AI can also force you to lower your prices and not raise them if it thinks competitor websites have the same product priced much lower - leaving you little to no control in certain cases.

In a nutshell, listing your goods only on Amazon means you’re taking a lot of unnecessary risk.

Your Own eCommerce Store: A Viable Alternative?

What makes your own eCommerce store a viable alternative? Well, here’s a list.

There is no question about it - building your own brand is the better long-term approach to selling. But despite the benefits, moving from a known and established platform to your own is a big move and requires long-term planning for it to work and become viable. However, contrary to popular belief, you don’t need a whole lot to get started with your own eCommerce store - in fact, you don’t even have to cut all ties with Amazon FBA. Amazon has an extremely large customer base that you can always benefit from. All you need to do is slowly move a part of your inventory away from Amazon. We recommend using WooCommerce, more precisely, WooCommerce’s Amazon Fulfillment Extension.

WooCommerce already has an Amazon Fulfillment extension and we found it the most user-friendly and easiest to recommend for the following reasons:

Amazon has helped millions of users get started in the world of eCommerce. However, eCommerce is much bigger than Amazon and you shouldn’t limit yourself to one platform. Instead, if you’ve got a steady income from Amazon, it might be time to explore your own eCommerce store to increase sales, decrease dependency, and most importantly, build a brand. There are plenty of tools already available out there that can help you do this. 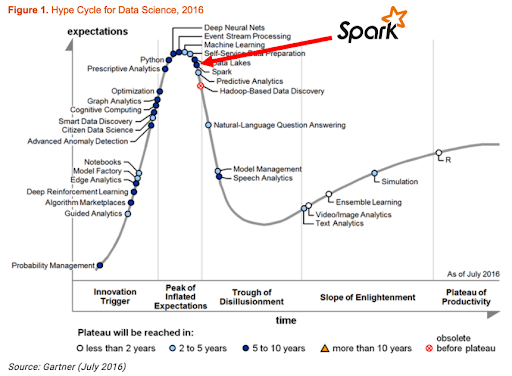