Do not leave your brand advertising to anyone. 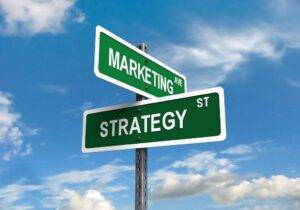 Brands and those responsible for their strategy have to face each time more and more varied problems and more demands. In the case of the internet and what they do in that environment, companies can no longer continue to bet on everything and they have to be careful with the type of advertisement they use. This, until the stage they choose to show it to the world. Consumers are increasing with more and more things. Not only do they not want ads to be annoying. They expect brands and companies to strive not to be intrusive, but are also increasingly concerned about who the companies are partnering with when launching those ads.

That is, for the consumer, the values ​​of the medium in which they have found the advertisement have a effect on the brand and the company that appears in that advertisement. People in Internet do not separate the content and assume that if you advertise in one place you are supporting that editorial line.

That thought has some logic. After all, the media live on the advertisers and it is the advertising that makes them reach the end of the month. Consumers no longer care that sometimes the presence of such ads escapes brand control and programmatic advertising networks position ads in an automated way, regardless of who or where those ads.

All this has become much clearer in recent times, when the boom of false news and the fact of starring in articles and analysis in all kinds of media and headers made the issue was on everyone's lips. Add to that the scandal that has meant that several big brands were being announced in extremist media or racist content, you can see the complete photo.

Brands and companies and their marketing managers have no choice, therefore, to start from a new reality. They have to advertise in quality media and in media with a good reputation. If the image of the medium is going to affect the image of the brand, there is no choice but to be very demanding with how and where they will serve those ads.
advertising amazon ads automation amazon brand ads amazon branding how to do amazon branding Product marketing tips